Spark, Shine and a Tow

My love of sailing has come back to me. I enjoy all ways of being on the water but I’m particularly loving going out on my Nonsuch right now. James, Margaret and I try to get out every weekend. Of my three sons, James probably has the most practical sailing experience though my two oldest boys, Alexandre and Andre, grew up on sailboats and cruising the islands.

James took sailing camp every summer since he was about 8 to the time he was too old and big for them, about four or five summers. He started out with an Opti pram, an 8-foot box with a sail on it. I’ve always said if you can sail a pram, you can sail anything. He moved up to Sunfish and FJs.

Later, I took him to Chapman’s School of Seamanship in Stuart. He was only intimidated in the second year when he was required to dock and undock a boat with the windshields covered. He didn’t want go to class that day. I told him he was going to do great and I drove off to work with my fingers crossed. We had brought up the “Aurora II,” to Manatee Pocket so James could leave Chapman’s and walk to the boat while I was at work. He was in his early teens and wasn't driving yet.

That night, when I got to the boat, I met James sitting on the aft deck. He was very quiet. I asked him, “How did it go?” “I docked a 50 footer, a twin engine trawler, in her slip four times,” he said. Then he smiled. He had been basking in awe of his own accomplishment. I saw the spark, he loved boating. He had it and he’s had it ever since.

“Arawak,” I haven’t officially changed the name yet, is pretty much there. We have fixed and updated all the working parts and the pretty parts such as paint and varnish will come later. James and I have been working on his sailboat, a Norland 34’ built in Sweden in the late 1970s. She is such a beautifully shaped little sailboat.

Built in Sweden, he named her “Atla,” a lesser known Norse sea goddess of fury with thoughts that this would make her happy and watch over him, that she should give him fair weather sailing for honoring her. I do like the name.

James wants to go on a grand adventure, to Bermuda. And he asked me to join him and of course I said yes. This is a former race boat and she’s a sea-going boat. The sail that was left on the boat is a little tattered so we have bought used sails. This has given him a focus, a direction to move forward, literally. You are only young once and sailing the high seas, particularly in uncertain times, cleans the soul and clears the mind. I hope this will be the beginning of great sea tales and sagas for him. As his father, it makes me proud to have a son with adventure in his soul.

The new boat shop is almost done and getting sheet rock, mud and then there’s the driveway and planting sod in all the rain. I never thought of myself as a landscaper but somehow, that’s my new title. We’ve planted fruit trees next to the shop and the peach and some apple and pear trees already have fruit on them.

I want it finished all the way before we move in so we won’t be working around the construction. I will be able to cross it out of my bucket list.

Ocean Reef Vintage Weekend would have celebrated its 25th year in December 2020. I’ve attended maybe 16 or so years. It is truly the best classic boat show on the East Coast in my book but then I’ve been attending this show the longest. We have made friends that I only get to see once a year, a time to catch up. There’s always something new to see, not just the same boats every year, and new friends to be made. The only time this show didn’t go on was after a major hurricane did a lot of damage to Key Largo.

This year, the 2020 Vintage Weekend has been canceled because of Covid-19. I’m sure it was a hard decision to make but it’s a good one. A lot of the people who attend the show are on the older side, like me. So let’s look toward 2021. I can’t wait because I know it will be a good one. The Antique and Classic Boat shows for the upcoming season have also been canceled. But a year off gives everyone more time to make both the shows and their boats better.

Getting out on your boat is a good way to get out while remaining safe. Out on the water, you get fresh air and you don’t feel cooped up. When I had “Aurora II,” I took her out every weekend to keep her in good working order. I do the same with “Arawak.”

The only problem is my son James already spends a lot of time with me during the week, helping at work, so asking a 22-year-old to spend the weekends with Dad is a lot. But we make a great team and he just needs to suck it up.

The ‘Honey Fitz,” phase two. Starting in 2010, Moores Marine took on one of its most ambitious projects, replacing the hull. Now the second phase of the project, reconstruction of the decks and deckhouse, from carlings to deck beams, is underway in Florida.

The “Honey Fitz” was built in 1930 as a high-speed commuter class boat by Defoe Boat Works of Bay City, Michigan. With two 500hp Winton Engine Company diesels. The then “Lenore” clipped along at 25 knots. Converted during WWII to an anti-aircraft and depth charger vessel, she patrolled the waters of Rockaway Point and Fire Island, New York

There’s a lot more to the story and I’m leaving big parts out, but here’s a link that goes into more details about the boat and the work we did:

In 1954, the boat was taken to John Trumpy & Sons and converted to a houseboat by President Eisenhower and used by successive presidents until it was sold during the Nixon administration.

In her conversion, cabins were removed and there were a lot of changes by the Navy too. After going through so many modifications, as she has aged, her deck and cabin systems have weakened and developed lots of leaks.

The new owner wants to restore the yacht and make that part right. A new hull doesn’t help in the long run if the boat is leaking from the decks and water is still getting inside the boat.

Since the "Honey Fitz" lives in Florida, she needs a design that will make the decks durable using modern technology.

Many years ago, I met a young man, Brad London. He worked for Rybovich Spencer in new hull construction. He was the lead carpenter then and later he ran new hull. After the change in ownership, he went out on his own. I tried hard to get him to move to North Carolina but he loves Florida and I’ve been recommending him to my clients in Florida.

When this project came up, I knew he was the right man for the job. Being a Southern boat builder, you understand what stands up to the warm, wet climate. He is a good man who loves his trade. I don’t recommend many people because I’ve been disappointed too many times with the work, but I made an exception with Brad. 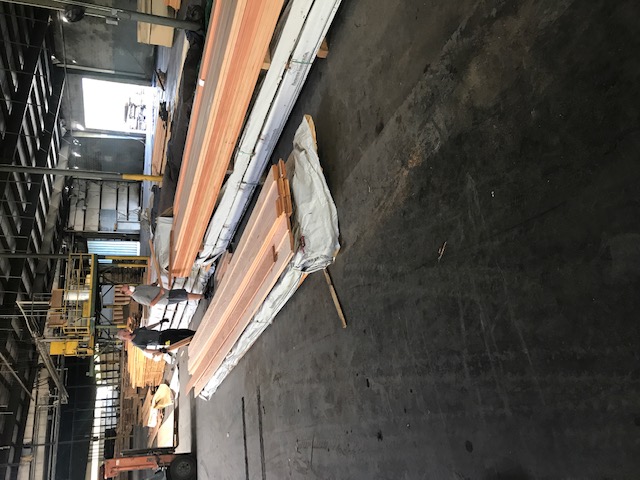 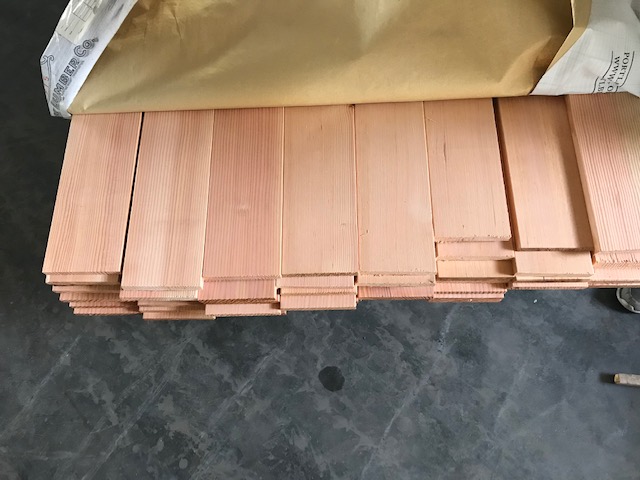 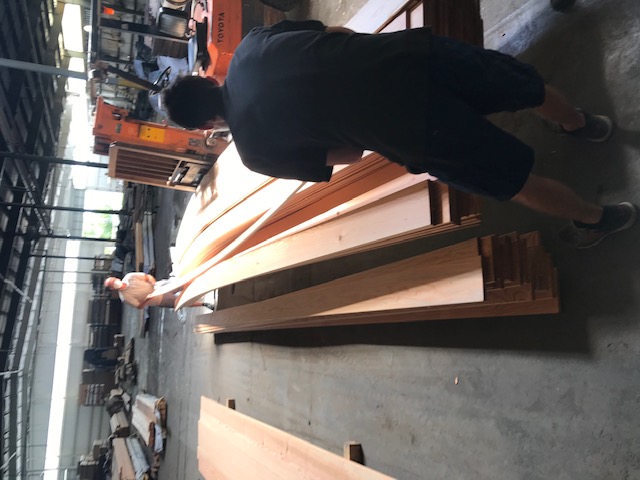 I am an advisor on the project and I’m glad to help. Recently, I have made little construction sketches and notes, handpicked every board that will make up her structure going through 7,000-8,000 board feet of Douglas Fir to accept less than half that had the straightest grains and no twists or cupping to send to Brad. I personally haven’t met that many young people who I think will carrying on this line of work and be good at it. Brad will do just fine and it’s time for guys like him to shine.

Next, we’re back at work on the Trumpy “Gemini.” Her below decks have been painted and in the main saloon, all of her chromed parts have been re-chromed and we are re-installing the parts in each section. The galley is finished. We are working on the exterior, stripping old paint off decks, hulls, cabin sides and so on.

There are cracks in the paint in the deck and in stripping the paint, we found that the fiberglass skin was gelcoated. I have never seen that on a Trumpy and it’s posed new challenges. This is a very nice yacht, clean lines, fast and striking to look at.

This is the last story, the old “Seaholm” came through town. She had work done in Key West, with all of her engine room removed as well as the interior. Two generators were installed forward and outward, then electric drives, pod type, were installed. I don’t know where they were headed but they were being towed there by a tug. I don’t know if the new system failed. Hopefully, the next time I write I will know the rest of the story.

Riders of the storm

Of all the boat shops I've owned before, and the tale of sailing the two "Arawaks"